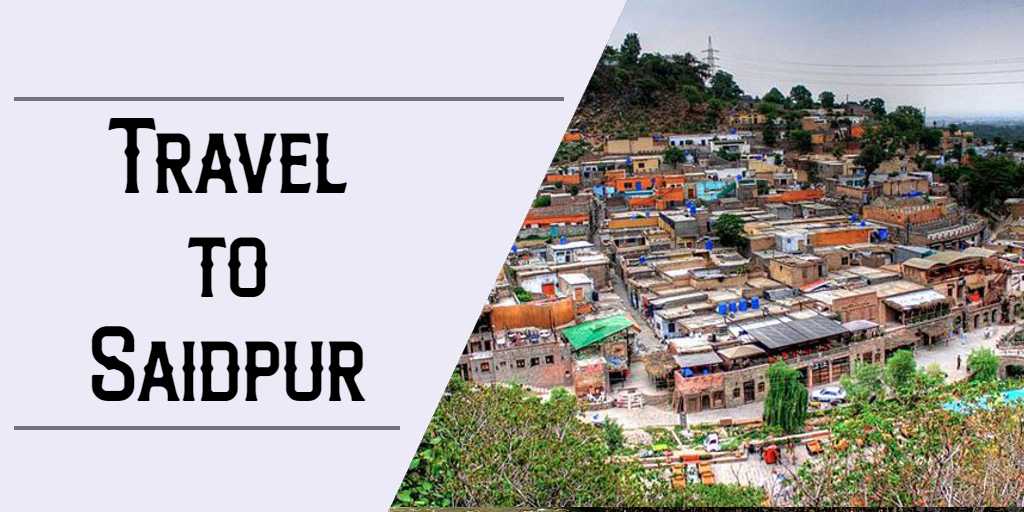 Today we will tell you about 4 wonderful places to visit in Saidpur. By visiting these places, you can know more details about Saidpur city located in Bangladesh. Saidpur city is associated with various traditions of Bengal.

So Saidpur can be the best destination for those who are planning to travel to different districts of Bangladesh. Today we will discuss with you the top 4 places to visit in Saidpur to make your travel planning easier. So keep reading till the end to know more about them.

Saidpur city of Nilphamari, the commercial center of the North, was established during the British Company rule. The importance of Saidpur increased manifold when the Assam-Bengal Railway was established. At that time Saidpur was a small railway station of the Assam Bengal Railway.

A small loco shed is placed just north of this station. This shed was the site of today's largest Sayedpur Railway Factory in the country. Later, a huge railway factory was built around the shed with 110 acres of land.

In setting up this factory, the British took into consideration its location, climate, and environmental conditions. Many Anglo-Indian Catholic-Protestant Christians including the British worked in this factory along with Bengalis and Biharis. Several residential areas were built for their living. Among these are Sub-ordinate Colony, Sahebpara, and Officers Club.

In 1886, the British government built two churches at the two ends of Sahebpara for their religious worship. One of them was Roman Catholic (Roman Catholic Church) and the other Protestant community. This church is the first and oldest church in the two northern regions.

Its construction style is rich in Roman and European architecture. Among them, the church adjacent to the railway factory gate is dedicated to the Virgin Mary. In 1892, the British government built a priest's house on 3 bighas of railway land next to the church. At that time, Father Francis Bokka Lim used to conduct spiritual activities with the devotees of Jesus Christ.

After the construction of the old church and priest's building in Saidpur, the sisters of the Sisters of Charity community came to this Dharmapalli. Later, a school named St. Geroza was started due to their efforts. Boys and girls are still studying there with reputation.

British and Anglo-Indians came to Saidpur once around the railway factory. In course of time, they left but remained on a small scale in Dharmapalli Sub-ordinate Colony, Sahebpara, and Officers Club. Those gentlemen are no more. But there are two spectacular churches built by them at both ends of Sahebpara. Its architecture and construction style fascinates every visitor.

How to go Catholic Church, Saidpur?

Saidpur in Nilphamari is one of the ancient cities of Bangladesh. Although this city has long been famous for trade and commerce, Saidpur is more popularly known as the 'Railway City'. The country's largest railway workshop (Railway Workshop) is located here.

Workers work in 26 shops of this factory built in 1870 during the British era on 110 acres of land. Everything from nut bolts to railway broad gauge and meter gauge line carriage repairs are done. Apart from polytechnic and technical students, students of various institutions gain practical knowledge by visiting or visiting education.

The head of this factory is Divisional Supervisor (DS) Manzoor-ul-Alam Chowdhury. British period narrow gauge engine is kept in the green space in front of his office. In 1972, the last engine ran on the Bagerhat-Rupsa section.

In 1901, England's Vulcan company made 3 such engines, including this one, which is now housed in the Loco Transport Museum of Saidpur Railway Factory. These engines have stood the test of time. As a result, many new generations come from far and wide to see this coal engine with their own eyes.

How to go to Railway Factory, Saidpur?

You can go directly to Saidpur by Nilsagar Express train from Dhaka. The train fare is also very low. Also, many bus services are running directly from Gabtali, College gate, and Mohakhali to Saidpur.

You can also go directly from Dhaka to Saidpur by the airline. Private flights of United Airways and Bengal Airways operate two days a week at Saidpur. It takes 30/40 minutes.

Saidpur in the Nilphamari district is one of the oldest cities in Bangladesh. The ancient beauty of this city is the Chini Masjid of Saidpur which is popularly known as the Chinese Masjid. The mosque is located at Saidpur, 20 km from Nilphamari Sadar.

In 1863, Haji Baker Ali and Haji Muku Islambagh built a mosque with thatch and bamboo. Later it was converted to tin with the help of locals. The people of the area contribute a portion of their monthly income to fund the mosque.

Later, a Hindu man named Shanku started the new construction of the mosque with a daily wage of 10 annas. The locals started helping him through volunteering. The construction work started with bricks and surki by putting fractions of porcelain plates, and glass fractions in the gutter of the mosque.

This process is called sugaring or the working of sugar grains. Hence the name of this mosque is Chini Masjid or Chinese Mosque. It is also called a Chine mosque because the entire mosque is covered with fractions of Chinese earthenware. And this chinaware was brought from Calcutta. The mosque was designed by Md. Mokhtul and Nabi Box.

One has to be really impressed with the unique craftsmanship of the mosque. Vases, bunches of flowers, roses, a flower on a stalk, a moon, and stars are carved on the mosque's roof. One also has to be impressed by the contemporary Arabian calyptra. A lot of marble stones have been used in the construction of this mosque. The mosque has 32 minarets and 5 domes.

How to go to Sugar Mosque, Saidpur?

The Kund Pond shrine complex has a mosque, a hermitage, and a large pond. Every year on the 5th day of the month of Magh of the Bengali year, the annual Orsha is organized here. Then many devout Muslims gathered from far and wide.

How to go to Kunda Pond Shrine?

Please Wait ... We are searching the best hotels for you

Do not refresh or close the Window

Please Wait ... We are searching the best Bus for you

Please Wait ... We are searching the best flights for you

Do not refresh or close the Window